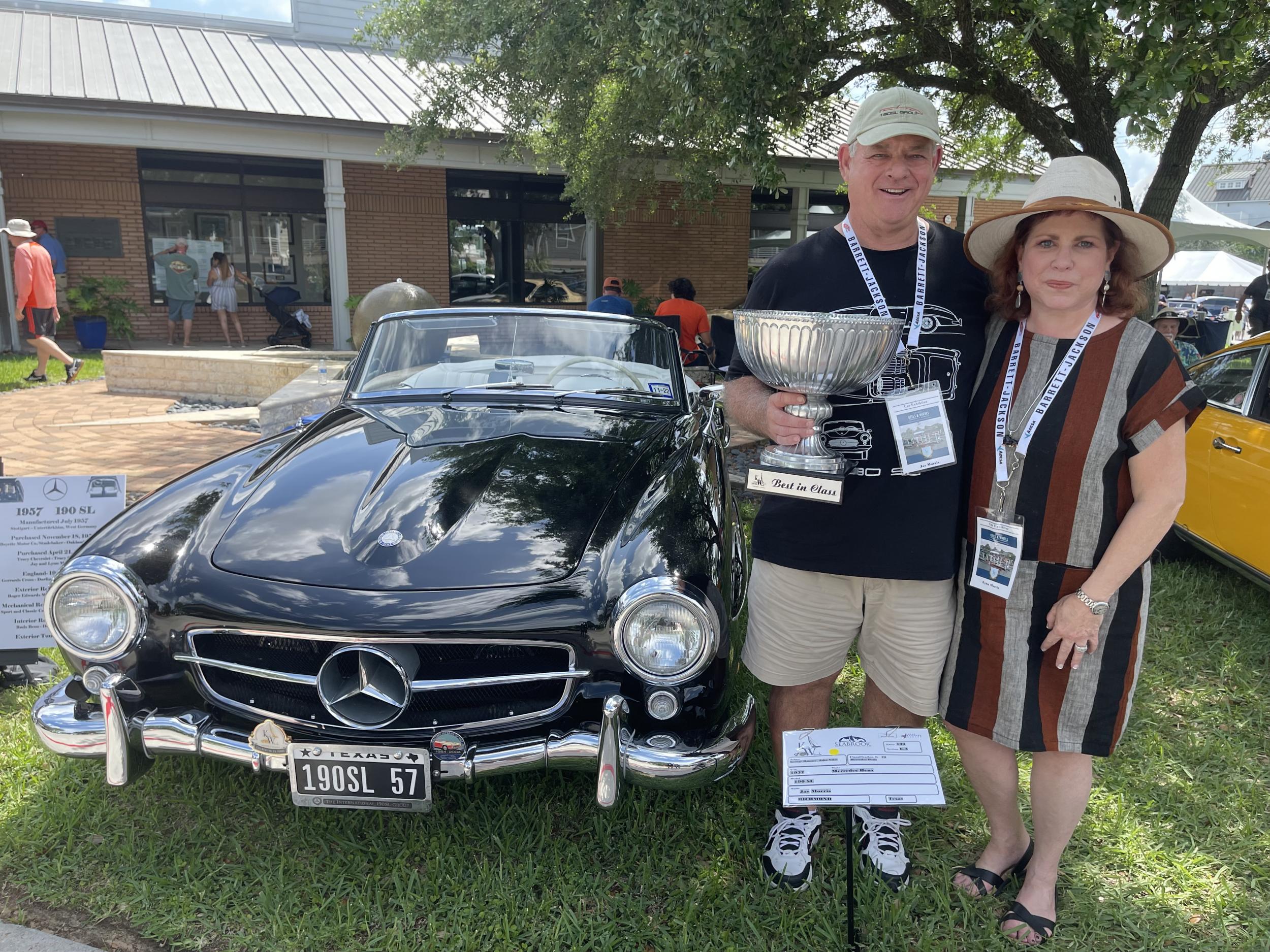 The 26th annual Keels and Wheels Concours d’Elegance event was held at the Lakewood Yacht Club in Seabrook, Houston on the weekend of April 30th and May 1st. The event features both classic and modern cars, and vintage wooden boats from all over the country. This long-running event supports a variety of local Charities and in 2022 is benefiting the Lighthouse Charity Team and the Cole Gordon Foundation. Several of the MBCA Houston Section members attended the event on the Saturday.

The cars are divided into 30+ classes and awards are given to the top three entrants (Best-in-Class, Silver, and Corinthian) in each class. There were 5 entrants in the Mercedes Benz Class including our own MBCA - Houston Section members, Jay & Lynn Morris and Richard Levy. The Best-in-Class award was won by Jay & Lynn for their 1957 black MB 190SL. Congratulations for this well-deserved award. They have owned the 190SL since 1986 and have completed several renovations over the years including the exterior renovation which was done in London in 1995 whilst there on a work assignment. The Silver award went to the 1960 white MB 190SL and the Corinthian award went to the 1957 green MB220S.

Richard Levy entered 2 vehicles in the event: the 1978 blue MB 300CD and the 1990 blue MB 250GD that was entered in the Pick-up Truck class. Richard has owned the 1978 MB 300CD from new and it has been driven mostly by his late wife, Robin, in connection with her work. Robin regularly drove more than 100,000 miles per year and today the car is just 22,000 miles short of reaching the one million miles travelled milestone! The car underwent an extensive renovation 5 years ago and is in excellent condition.

The MB 250GD which was acquired in Germany, is the “Wolf” edition which was produced exclusively for the military and is renowned for its incredible off-road performance. Richard uses the 250GD to tow his classic 1949 Chris Craft “Racing Run-about” wooden boat which he had also entered in the Keels & Wheels event.

We really enjoyed our visit to Keels & Wheels and will definitely put it on the calendar for next year. 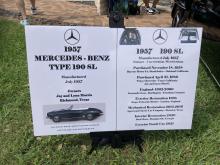 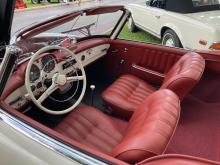 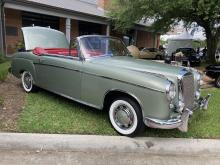 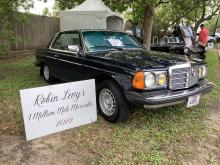 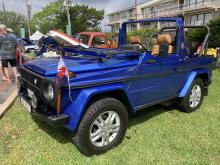