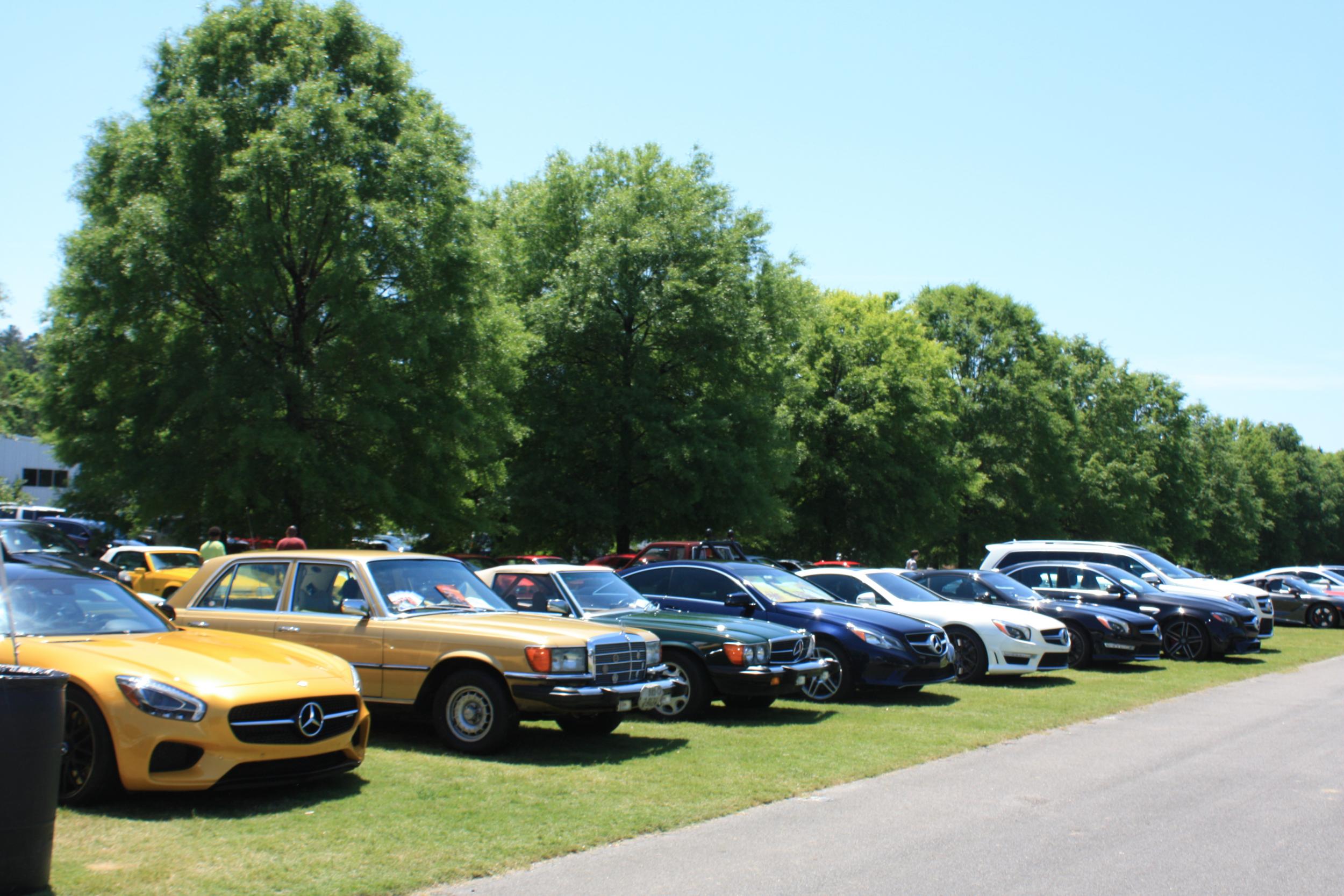 Despite a lack of volunteer assignments at the Barber IndyCar race we had a great turnout of Mercedes-Benz and AMG cars for the car corral at the Indy car Grand Prix of Alabama race weekend.

Space was extremely limited this year, so only Ted Love, Rick Bell, and Jim Roberts got their cars in.  There were, however, several other Mercedes-Benz and AMG’s.  All of which joined MBCA --some even our section.

Some MBUSI engineers even brought a preproduction EQS (electric GLS).  This, a GT, and our classic cars drew a lot of attention.

Pete Knight and I handled the parking with assistance from a MCLaren team member who attracted a lot of attention herself.  They won the race so they had a super celebration.

As usual we met many really nice people and reconnected with many other old friends.  It is really nice to see things returning to normal.