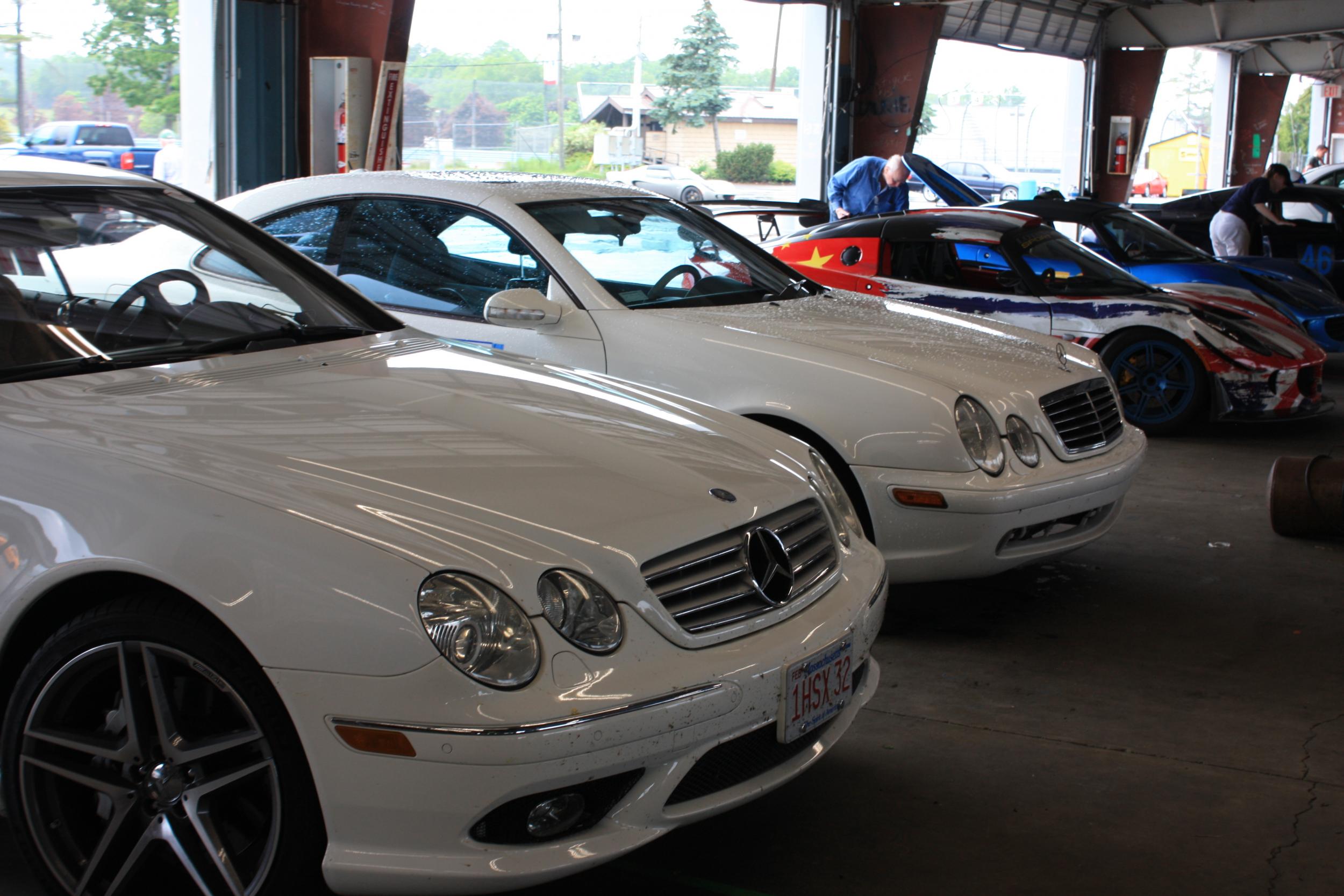 We partner with our friends with Lotus, Ltd for this event.  This was the site of the first post WW II U.S. road course race in 1948.  The original course is marked.  It even crosses a railroad track!

The permanent road course was built just a few years later. In addition to sports car races, it has hosted Formula One, Indy cars, IMSA and NASCAR.

I have driven a few of the IMSA races. The new pavement and the paved runoff at turn one for NASCAR reduce the intimidation.  It is really cool to drive a track you have heard about and seen on tv for years.

The elevation change improves student’s skill set. Mine made so much progress that I was able to let him drive solo.  The chief instructor is a Lotus, Ltd guy, so he usually assigns me a Lotus driven for this last step before solo.

We did have several Mercedes-Benz drivers, the majority of which, were in AMG models.

In teaching the classroom session I got a lot of feedback on what students were learning as well as where they were challenged.  Again, it was most gratifying to experience their progress. They were all grinning with the exhilaration of driving their cars on this hallowed track.

Once more no cars were damaged.  One had an intermittent leak but was able to drive back to Cincinnati.

Our other even hosted by Finger Lake Section included the original race course, dinners in Watkins Glen and a visit to Dave Tobin’s collection of classic M-B and other cars that he buys and sells.  What a nice knowledgeable guy!  Thank you, Dave